I honestly think she could be taller than me by the end of 3rd grade.  I’m happy to report that those tennis shoes made it through the whole school year!  Now that’s some exciting news!!!

His future’s so bright, he’s gotta wear shades!  That and the sun was burning his retinas and making him make funny faces in my picture so we opted for the glasses.

My baby graduated from PreK!  Not that it’s a huge accomplishment, we never doubted his ability to color and take a nap.  However, it closes a major chapter in our lives!  For 7 years, we have walked through the doors at Primrose each morning.  Because I work from home, I would have water cooler chats with these ladies; they were like my coworkers.  They have always put my children first and even taken care of our family when needed.  Although I won’t miss writing that weekly check, I will dearly miss our Primrose family!

Hard to believe that these picture are three years apart!

I finished both Scandal and Breaking Bad this weekend!  Scandal was great but I could have done without a few of the deaths and other gross things (I don’t want to spoil anything but if you watched it, I’m sure you can guess).  Tim and I both enjoyed Breaking Bad.  I hope Jesse Pinkman is out there living a normal life, if that’s even possible (well, of course not since he’s not real).  Now I want Tim and I to watch House of Cards.  I hope he’s on board.

Although it sounds like we watched TV all weekend, we also made time for dinner with friends, sleepovers,  the pool, and shopping.  The boys went fishing while Janie and I shopped.  Nolan caught a frog that has been anywhere from 6 – 12 inches when he tells the story.  He says is was HUGE!  It’s 6pm on Sunday night and Nolan looks like this…….

A sign of a good weekend.  I hope you had a good weekend as well.  And my humble gratitude goes to all those that have made the ultimate sacrifice!

I’m linking up with The Mom Creative today for Throwback Thursday Stories.  With Nolan’s graduation tonight, I wanted to share a picture from Janie’s PreK graduation.  The boys on either side of Janie give me a glimpse into what Nolan will be doing. 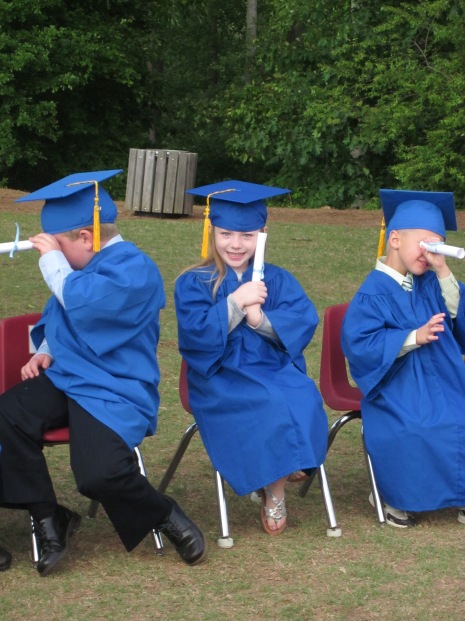 I couldn’t believe that my oldest was graduating from PreK and going on to “the big school” but I knew that she was ready.  Now it’s my baby’s turn!  If it wasn’t for Janie being the little mother that she is, I don’t know that I would be ready to put him on that bus in August.  Janie was fine and I know that he will be too.  Thankfully, I know Janie will watch out for her little brother and make sure he isn’t scared or wandering the halls.

We got to meet Tripp Halstead last night!  We’ve been praying for Tripp since October of 2012 when he suffered a traumatic brain injury on his daycare playground.  A large tree limb fell and crushed his skull.  His mom, Stacy, posts about their daily life, struggles, and prayer request on FaceBook.  When they filmed the movie Blended here in Atlanta, Tripp got to go on set and meet the cast, including Adam Sandler and Drew Barrymore.  She posted that they were invited to the pre-screening last night.  We also had tickets through CineMoms.  I’m not generally one to go up to someone but when they walked in the theater and got comfortable I had to walk down to meet them.  Stacy was so sweet!  I told her that I feel like I know her and she said that they get that all the time.  She told me all about Tripp’s latest surgery to get his tonsils out and how much he’s improved since then.  I told her that Janie and I pray for Tripp and that he is as precious in person!  The movie was great and sweet Tripp was still awake at the end so I think he enjoyed it too!

Happy Monday!  I have some updates for you.  Thanks to Garden Ridge and Goodwill, I was able to complete our gallery wall this weekend.  It’s not perfect but it’s done and that’s generally how I roll. 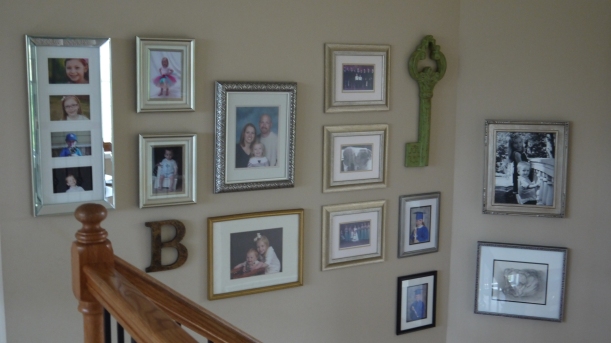 We’ve been waiting to pick up a bench that we ordered.  Some friends had one and I loved it so I was trying come up with a place for it.  We didn’t have a great place in the house so we chose to put it on the front porch.  The couple that makes them buys old headboards and makes them into benches.  Their prices are really reasonable and their work is beautiful! 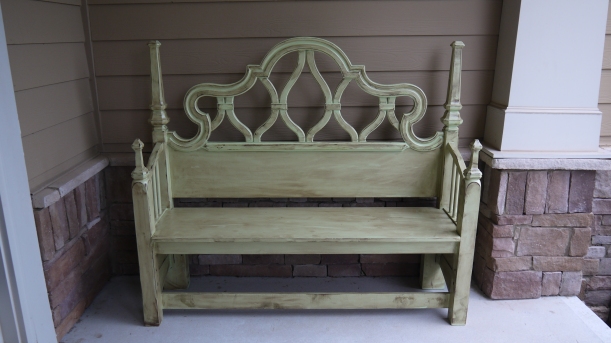 And the most exciting update of all is that Scandal Season 3 is on Netflix!  I just noticed yesterday so I’ve only watched episode one.  You can guess what I will be doing in my spare time this week!

Here’s evidence that summer is getting close…..

1. The ice cream man is making regular rounds.  Janie had run up to her room to get some money and Nolan was standing by the ice cream truck while some neighbor girls were buying their ice cream.  I turned around and there was Nolan with a Bubble Gum Pop (so gross).  I looked at the ice cream man and he said, “I gave it to him.”  What a nice guy! 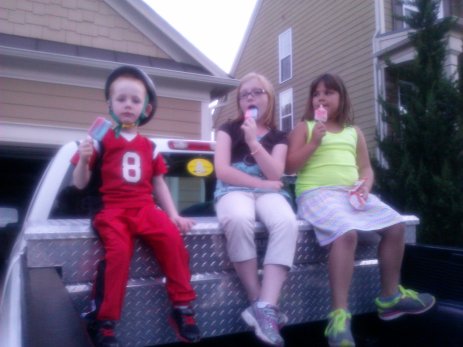 (Nolan had been riding his bike so that’s why he’s wearing a helmet.  Although I have considered making him wear one all the time!)

2.  Baseball and softball are over!  Well, Janie’s tournament starts tonight but considering that they haven’t won a regular season game, I’m thinking they will be out after one game.  It’s really bittersweet. 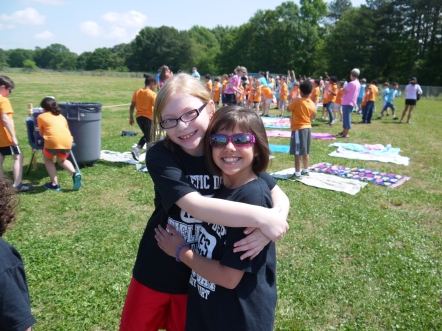 4.  We have graduation and awards ceremonies next week.  Another school year behind us!

There was an error retrieving images from Instagram. An attempt will be remade in a few minutes.